Earlier this month, the UFC fighter posted two photos of the boxing legend on his Instagram. One of the pictures shows Mike Tyson holding a lit joint while performing a French inhale; the other shows McGregor smoking with Tyson.

A lengthy caption on the first photo has McGregor expressing praise for his predecessor, acknowledging a prior spat between the two fighters, and closing off by sending his best wishes to Tyson and his new cannabis endeavor.

According to HotNewHipHop, tensions previously rose between the two fighters last year after Tyson appeared on the podcast Pardon My Take, where he shared his complete thoughts about the then-forthcoming boxing match between McGregor and Floyd Mayweather.

“I got mad because I thought they were going to use MMA rules against boxing because that’s what it’s all about: Can the boxer beat the MMA guy?” said Tyson, “McConor put his dumb ass in a position where he’s going to get knocked out because this guy has been doing this all his life since he was a baby, and McConor can’t kick and grab and stuff, so he won’t stand much of a chance.”

However, since then, McGregor and Iron Mike have squashed the beef after meeting in person and smoking up. The second photo shows McGregor smoking with Tyson with the caption, “Some giggle off that Cherry Pick Kush.” Cherry Pick Kush refers to Tyson’s strain line.

As mentioned, Mike Tyson is currently in the midst of opening Tyson Ranch, a cannabis farm and educational resort located in California City, a town in the proximity of the Movaje Desert. The resort gears to educate growers and professional cultivators, not host cannabis tourists as its name might suggest.

Since then, Iron Mike has expressed ambitions in seeking a network to pick up a loosely-scripted comedy show about life on the ranch, with hopes of casting Russell Peters as his best friend and sidekick. 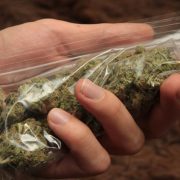 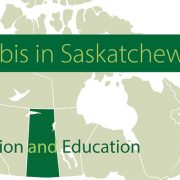 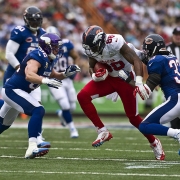 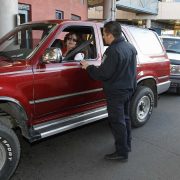 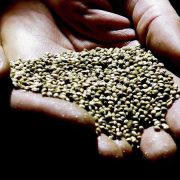