Lamar Odom — ex-husband of new mom Khloé Kardashian — made an appearance at a Los Angeles area marijuana dispensary on Friday to tout his new cannabis line.

Odom visited Sunrise Caregiver Foundation in Torrance, California, to promote Rich Soil Organics, his new cannabis company (which also shares the name of his clothing line). The 2011 NBA Sixth Man of the Year, who helped the Los Angeles Lakers win two consecutive NBA championships, says his physical and mental health has improved since he fell unconscious at a brothel just outside of Las Vegas in October 2015 due to an accidental drug overdose, which placed him in a four-day coma.

Following the incident, Odom endured a series of heart attacks and strokes and eventually checked himself into a San Diego rehabilitation facility. He now credits cannabis as being instrumental to his recovery in the years since the terrifying experience.

“Marijuana has helped, especially with my stroke,” Odom, 38, tells PEOPLE. “With my coordination, my balance, and my overall physical attributes—all my doctors say I’m a walking miracle. I think marijuana attributed to that.”

Odom says he suffers from anxiety disorder—a common medical condition that affects more than 40 million adult Americans, according to the Anxiety and Depression Association of America. While there are many ways in which anxiety can manifest from person to person, the mental disorder often negatively affects how one performs in daily activities or how they interact with other people, states the National Institute of Mental Health. Anxiety impacts Odom’s decision-making, he says, especially in moments of great significance.

“For me, having harsh anxiety, it cost me a lot, when it comes to decision making in life,” he says. “The anxiety makes me overthink, or, not think enough, and then I put myself in terrible situations in life.”

Treatments for anxiety disorder include therapy and prescription medications, but some research has shown that marijuana can help with symptoms. Odom says he uses a specific strain to help with his anxiety.

“I wanted to find a way I could help my anxiety,” he explains. “OG Kush is medically tested to help—that’s why it’s one of my favorite strains.”

The former NBA star says the benefits he experienced from cannabis over the last few years is what inspired him to sell organic strains, in the hopes he can help others. It also gives him a chance to focus on a new post-NBA profession.

“Of course, I do understand marijuana is a profitable business,” he says. “I also wanted to help people. Why not help them get high, and get well?”

And profitable, it is—the U.S. marijuana industry took in nearly $9 billion in sales last year, according to CNN, and it is only expected to grow as legalization spreads from state to state.

About a year after the incident in Nevada in 2015, Odom and Kardashian finalized their divorce, officially ending their relationship of eight years. Kardashian, 33, welcomed her first child, True Thompson, on April 12, with boyfriend Tristan Thompson of the Cleveland Cavaliers.

The birth came in the midsts of surprise cheating allegations stemming from a combination of videos and photos that were released in early April showing Thompson allegedly kissing one woman while a different woman groped him at the Darna hookah lounge outside of Washington D.C., and cozying up to a brunette at the PH-D Lounge New York City.

A source close to Odom previously told PEOPLE he was deliberating whether he should reach out to his ex-wife after Thompson’s alleged infidelities were made public.

“Lamar feels terrible for Khloe,” the source told PEOPLE. “He wasn’t sure if he should reach out and see how she’s doing. He feels for her.”

Odom declined to comment on his former wife when approached by PEOPLE.

According to a report from TMZ Sports, at 38-years of age, Odom is considering a return to professional basketball—just not in America. Odom told the news outlet he is hoping to land a contract overseas, almost five years since he last appeared in an NBA game.

While eating an assortment of Starburst and candy (as he is known to do), the fledgling cannabis connoisseur tells PEOPLE the name of his company, “Rich Soil,” is meant to signify growth. For as far as he’s come in his recovery, Odom, himself, may symbolize that as well. 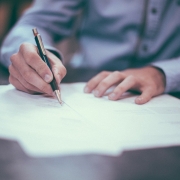 90% of Medical Marijuana Is Too Strong for Chronic Pain Patients, Study Says 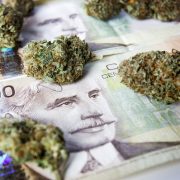 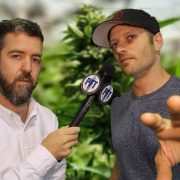 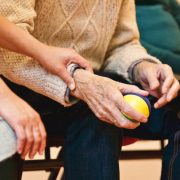 A Daily Dose Of Marijuana In Old Age Keeps Dementia Away 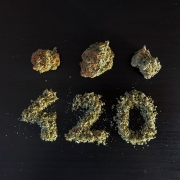 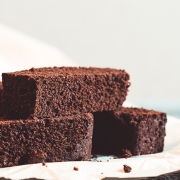