As the country prepares for a seismic shift in how and where people consume marijuana, several cities are floating the idea of legalizing drinking alcohol in parks as well.

As all corners of the country prepare for a seismic shift in how and where people consume marijuana, several cities are considering whether it would make sense to legalize drinking alcohol in parks as well — a move an expert said would bring antiquated laws in line with the way people already behave.

“I think a lot of people who want to have a bottle of wine in a public park on a Sunday are probably going to be doing that anyway,” said Mitchell Kosny, interim director of Ryerson University’s School of Urban and Regional Planning.

Kosny said he suspects the idea is floating around now because election candidates and front runners may want to appear “open-minded.”

Toronto Mayor John Tory floated the idea at an event Thursday, pointing out that it would seem counterintuitive to allow people to smoke pot in parks but not drink a beer — especially since people are already bringing wine and beer to their picnics.

“I know from being in the parks now that it’s quite a widespread practice of people having a glass of wine, and it doesn’t seem the world has come to an end as a result of that,” Tory told reporters following a graduation ceremony for police recruits.

But the issue isn’t up to him alone.

“Anything that has to do with drinking in the province is immensely complicated,” Tory noted.

A spokesman for Toronto’s Municipal Licensing and Standards department said the question of drinking in public spaces isn’t up to the city — it’s governed by the Ontario Liquor Licence Act.

Premier Doug Ford has said he plans to sit down with Tory, whom he described as being “all for drinking in the parks now,” to consult on the issue.

“The laws here in Canada on this field are much more conservative,” said Kosny, adding that in parts of Europe as well as Australia, drinking in public is accepted and common.

“There’s much more openness to drinking in public parks than we see in Canada.”

In Vancouver, a proposal to sell beer and wine through concession stands at two beaches next summer will be discussed at a meeting on Monday.

Michael Wiebe, chairman of the Vancouver Park Board, said the pilot project at English Bay and Third Beach following public consultations would permit people to enjoy alcohol responsibly — although bringing your own alcohol to parks and beaches would still be illegal.

“The main goal we’re looking for in Vancouver is to respect the person who’s respecting the drinking laws and is going to enjoy a bottle of wine and have a picnic,” Wiebe said, adding more people living in condos are using beaches as backyards to gather with friends and drink anyway.

Last year, the B.C. government introduced legislation allowing approval for drinking in larger spaces beyond a 200-person beer garden, and Wiebe said that meant up to 1,200 people could consume alcohol on a beach that is licensed for that purpose.

“It meant parents having a casual beer with kids playing in playgrounds,” he said.

Mariana Valverde, a professor at the University of Toronto’s Centre for Criminology and Sociolegal Studies, said the currents laws in Canada for drinking in public don’t distinguish between responsible drinkers and excessive drinking causing unruly behaviour.

Valverde said she believes most people having picnics in parks will responsibly drink, and that they should be allowed.

Kosny said if cities allow drinking in public parks, he predicts the difference in the amount of people drinking will be “marginal.”

“There may be a few more people that will openly have that bottle of wine out there,” he said.

Kosny said based on what he’s observed in other parts of the world during his travels, he expects if cities allow public drinking, they’ll need to worry more about the mess than public drunkenness.

“Over in the (United Kingdom), I notice on Saturday and Sunday mornings, there is a hell of a lot of mess. There are bottles overflowing public trash cans in parks and there’s extra cleanup needed,” said Kosny.

For 27-year-old Tara Pollak, who is from Toronto, drinking in public parks could save her some cash. She said she wouldn’t have to go to a patio or restaurant, where alcohol is usually more expensive, in order to have a drink with friends.

“I’m a poor student paying back loans,” said Pollak. “It would be nice to share some sangria or beers with friends in the park and just hang out.” 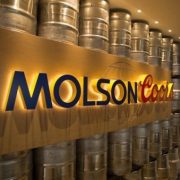 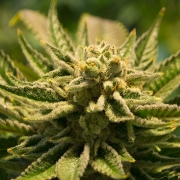 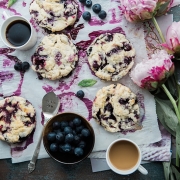 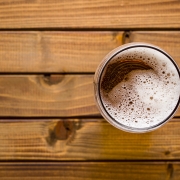 Police Officers In Canada Will Only Be Able To Smoke Marijuana In These Four...
Scroll to top Treehouse Lifestyle Supplies